A short tour to commemorate the 100th anniversary of the death of my Great Grandfather in the Somme. Driver Francis Robert Lowe 99690 was with the Royal Horse Artillery and died in the Great War during the Battle of the Somme on 22/10/1916 and buried in Crécy-en-Ponthieu Communal Cemetery. This location is quite unusual as it is a communal cemetery and only contains two Commonwealth burials from the First World War. This makes him quite well known to battlefield experts.

My cycling trip involved taking the Eurotunnel Le Shuttle to Calais and cycling from there towards Crécy-en-Ponthieu. At Crécy-en-Ponthieu we visited the museum and presented them with a framed display I had made to explain who he was – he was recorded there but without much information.

I camped for a couple of nights and stayed in a farmhouse with my brothers and family the middle night. 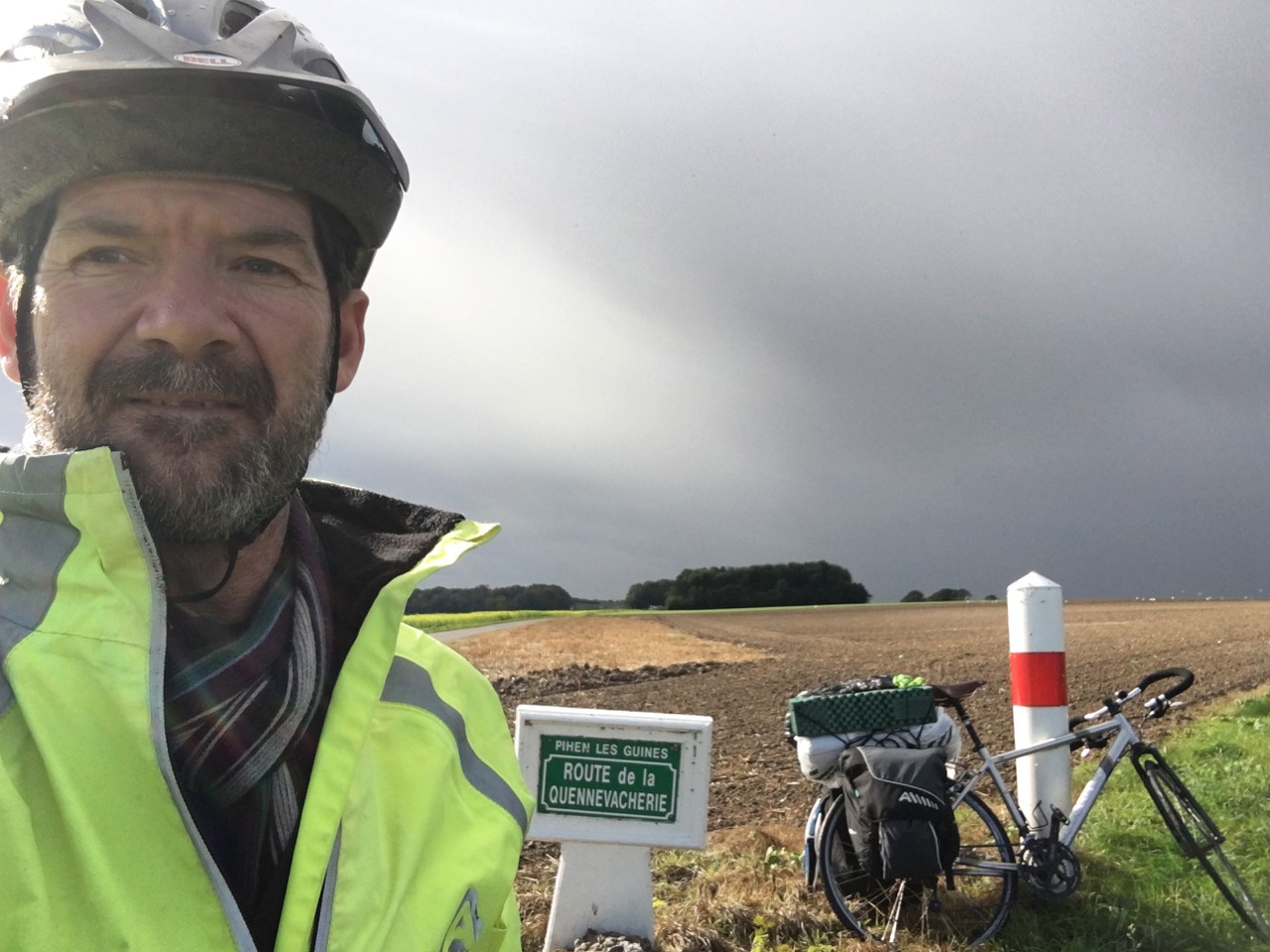 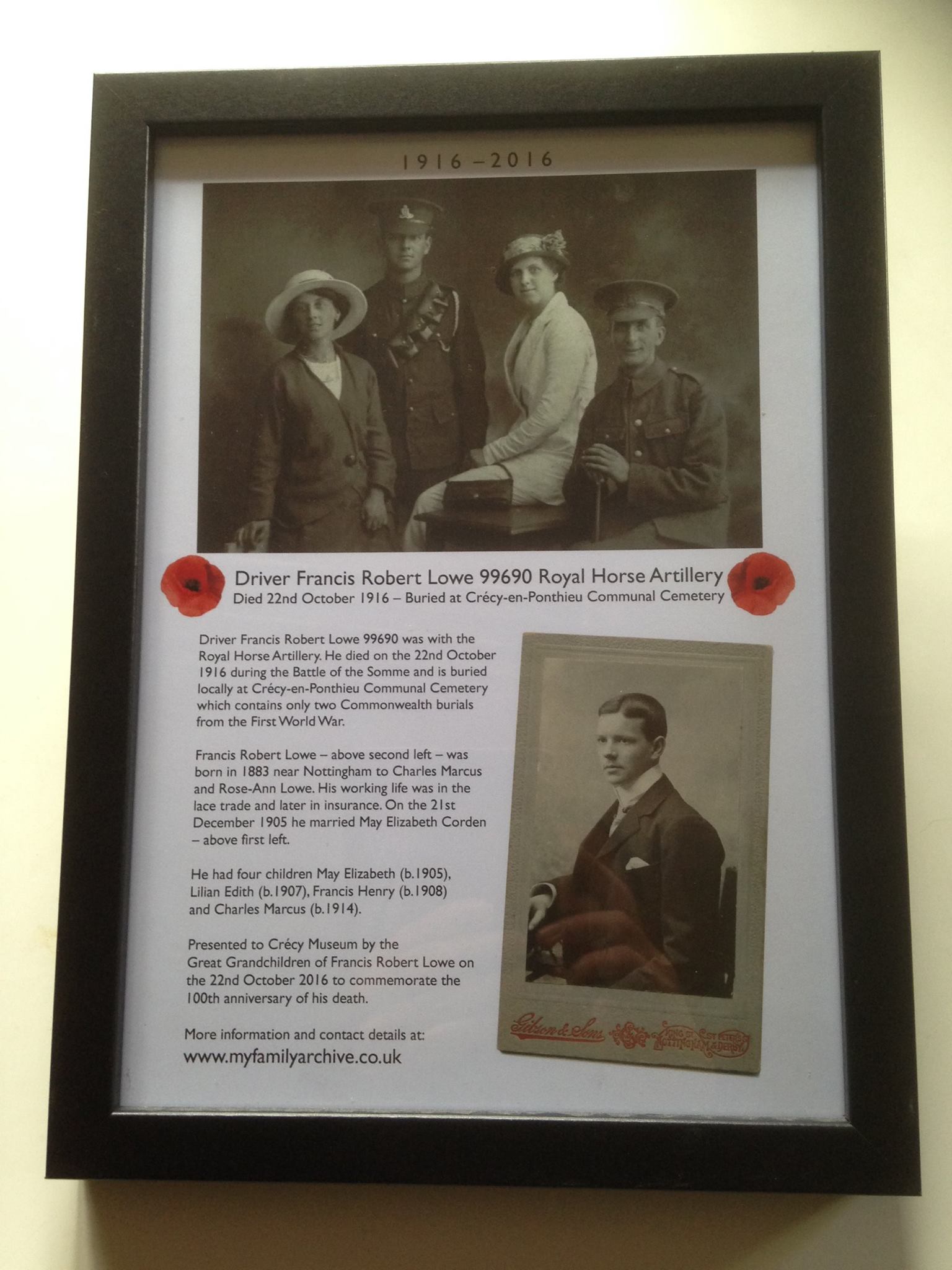 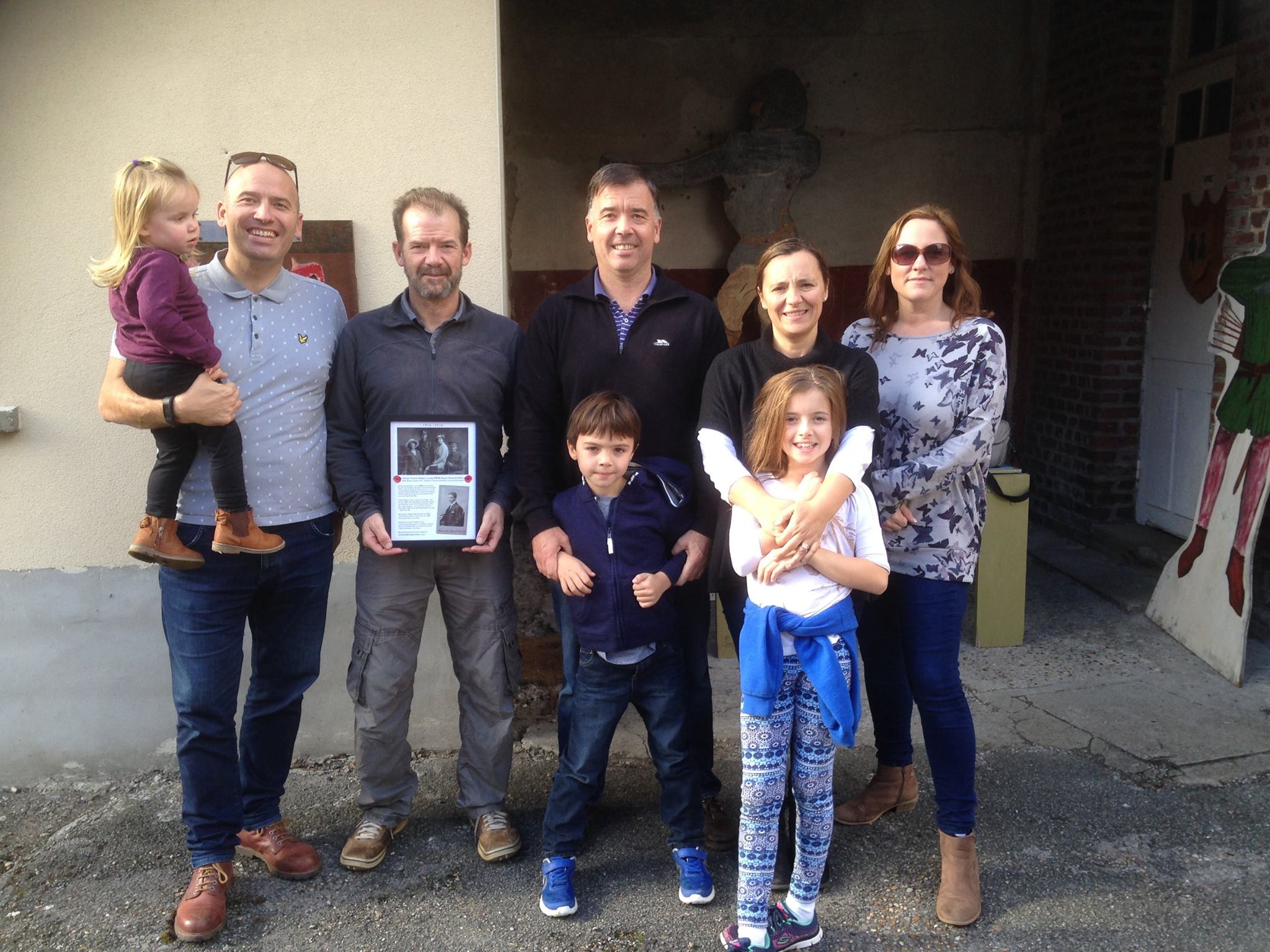 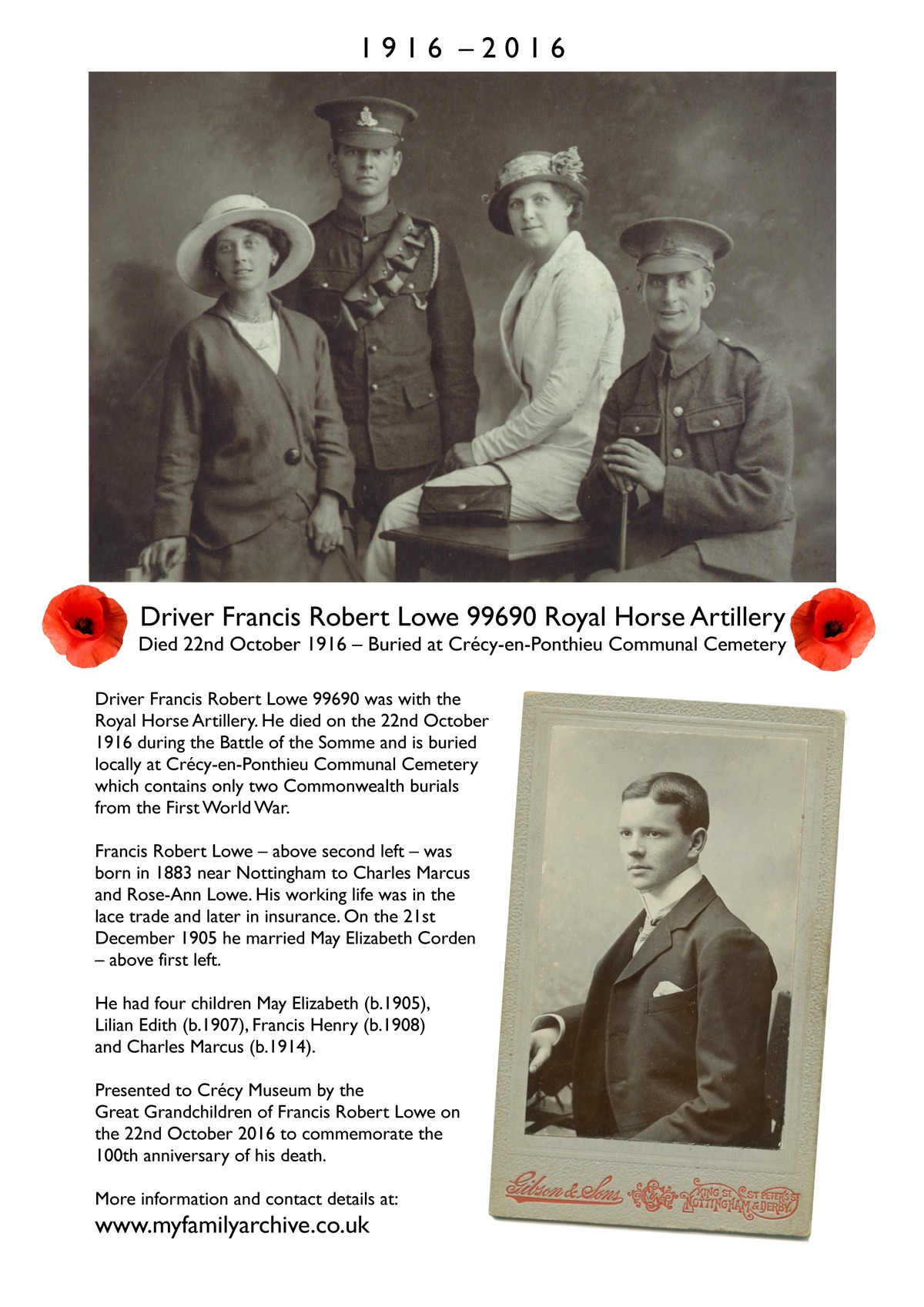